The insects are responsible for the majority of terrestrial biodiversity. In the sea, however, very few insects are found. In Nordic waters marine insects are mostly beetles, Coleoptera, of which both larvae and adults may be associated with brackish waters, and larvae of Diptera, especially the family Chironomidae (Barnes, 1994). The majority of chironomid species have larvae living in freshwater, and only a few species occur in brackish water. In most cases it is not possible to identify dipteran larvae to species. Identification to family level is usually possible, and also to genus in many cases. There are no introduced beetles in Nordic waters, but one species of chironomid larvae is probably introduced and usually associated with man-made structures. 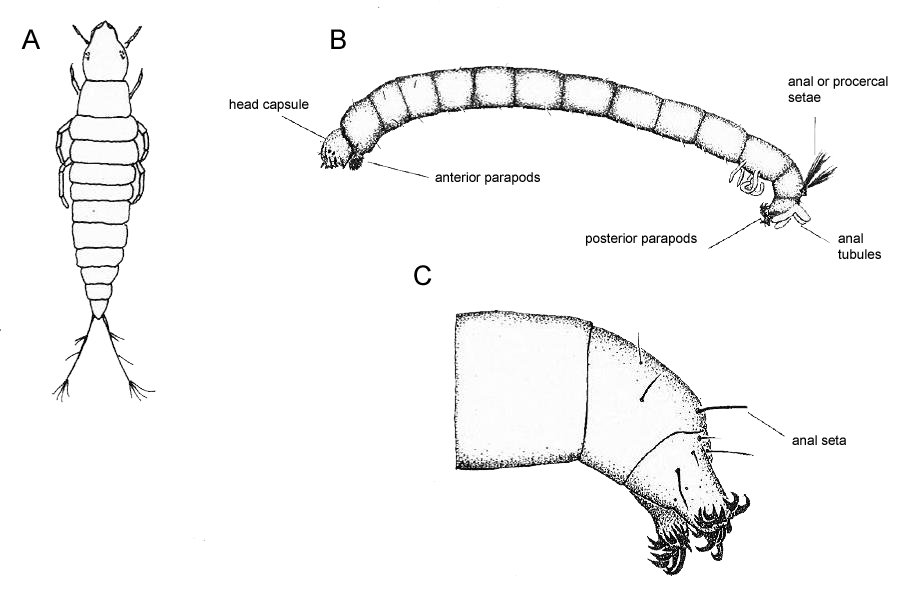 Chironomid larvae are often called "blood-worms" because they contain hemoglobin in their blood. This is seen mostly in species that are adapted to living under hypoxic conditions. Most chironomids are herbivorous grazers, but some are predators. The adult chironomids are known as midges.